I have not had the time to post here much, (work, skiing, family), but I thought I'd swing by with a sampling of a few things that have graced the drawing board recently.

It has been a long while since I've shared any work, (seems like I've gone from monthly to quarterly posts), so I will just touch upon a few recent projects.

First up is a political cartoon about European Central Bank's recent move to buy bonds. ECB president Mario Draghi launched a $1 trillion plan to help stimulate the European economy and markets. German Chancellor, Angela Merkel is not happy. --It looks like it has had its desired effect thus far, as the Japanese market was way up...and so far the same is true with the European markets.

(The next two pieces were created for Axel Merk's column -- he is a regular contributor to CNBC's Financial report.) 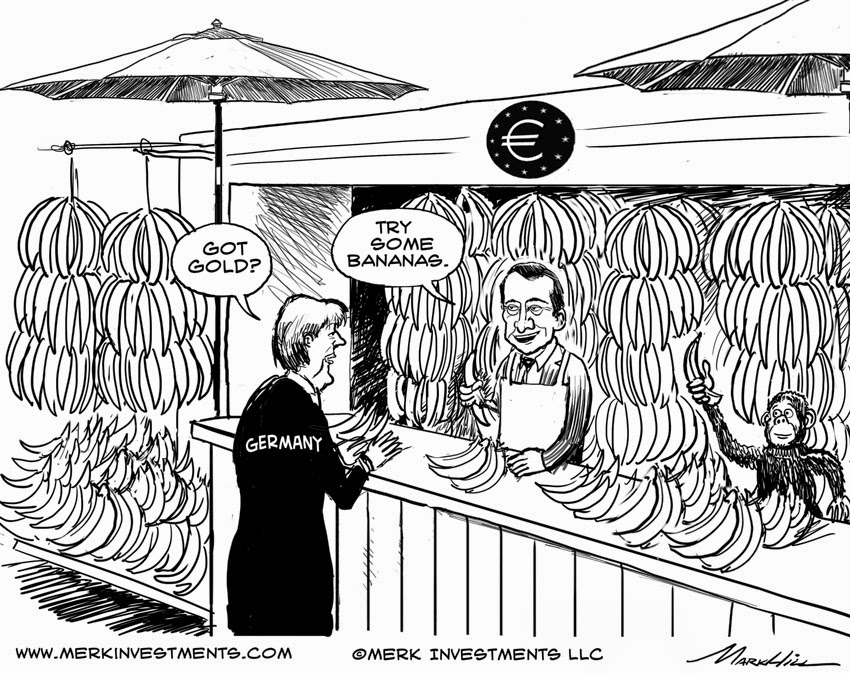 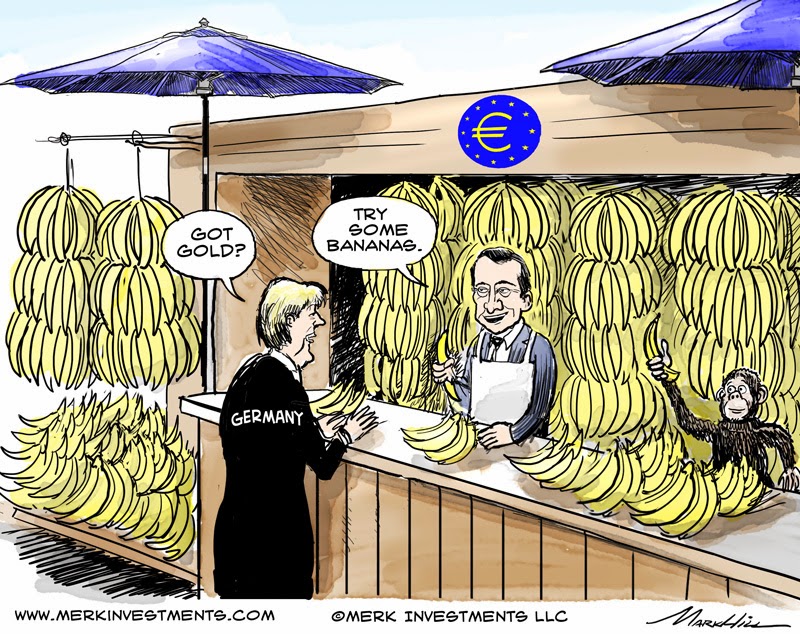 (With a few dashes of color) 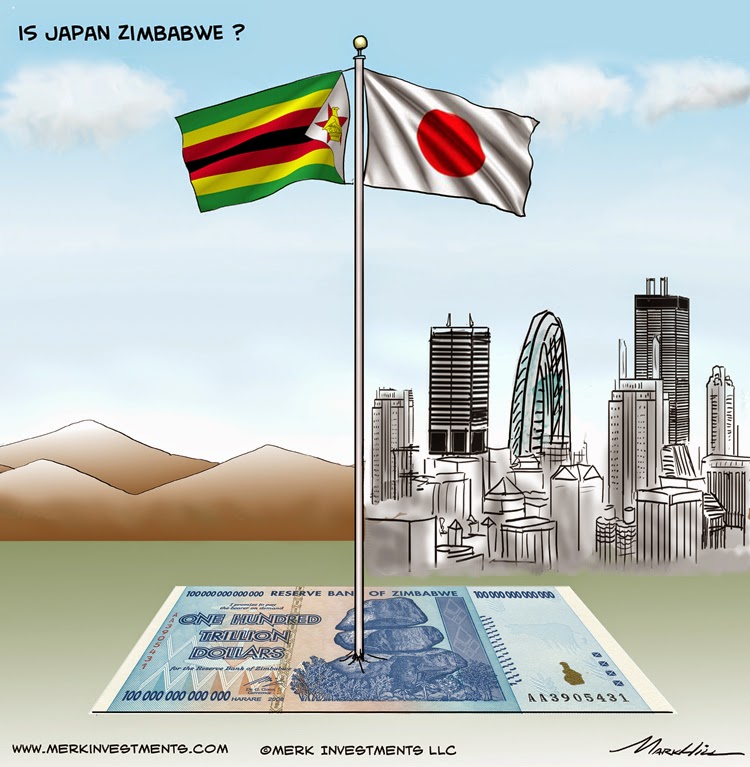 Speaking of Angela Merkel, I was hired by a British media firm to create caricatures of her as well as several other European leaders for one of its publications. (I'll share more on that after it goes to press.) Here's a sample: 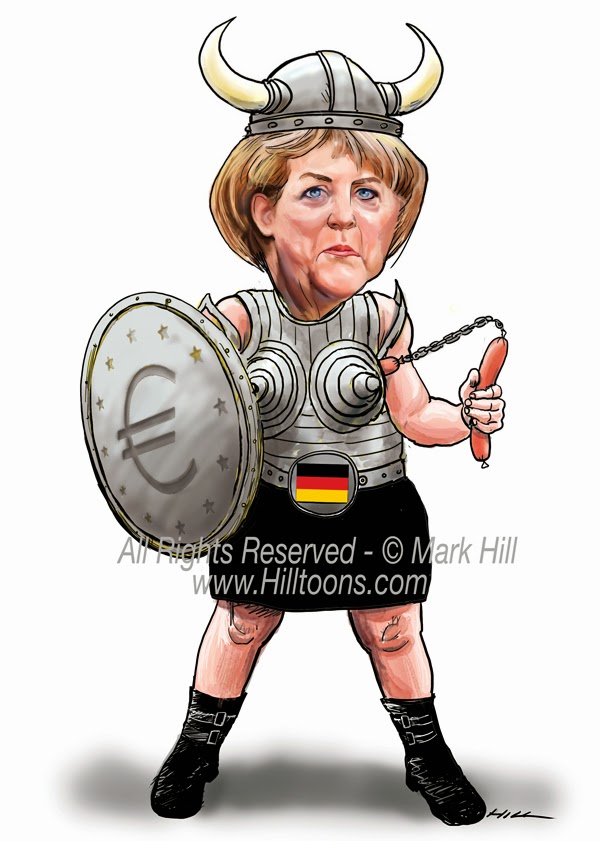 Next up are a few examples of roughly 20 cartoons created for AT Internet, a French digital analytics company. They were created to illustrate a white paper, A Day in the Life of a Digital Analyst, a white-paper/for their clients.

I worked with several of their employees in Paris, discussing the concepts via conference call. My French is not so good, so fortunately, the writer was able to translate. The initial white paper is in English, but it will be translated into French, German and Spanish, along with any text that I paced into the illustrations. 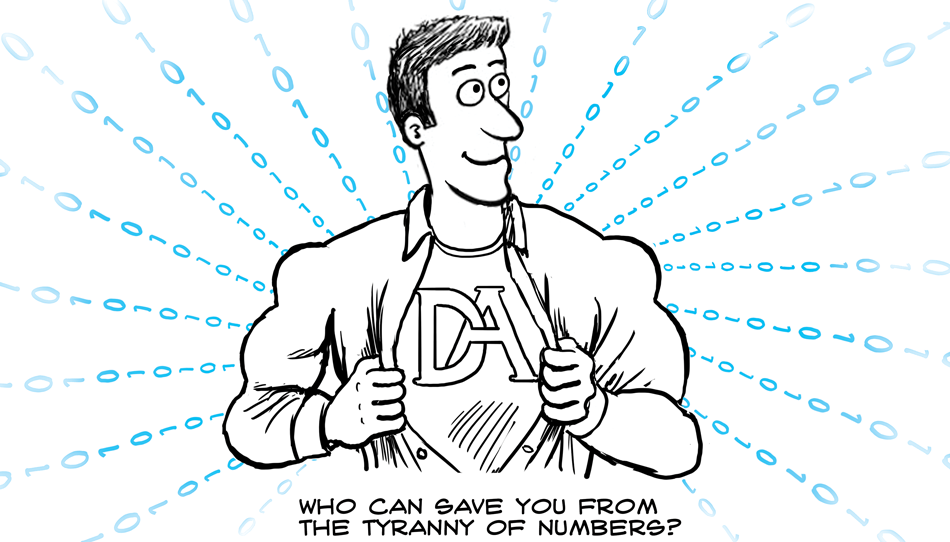 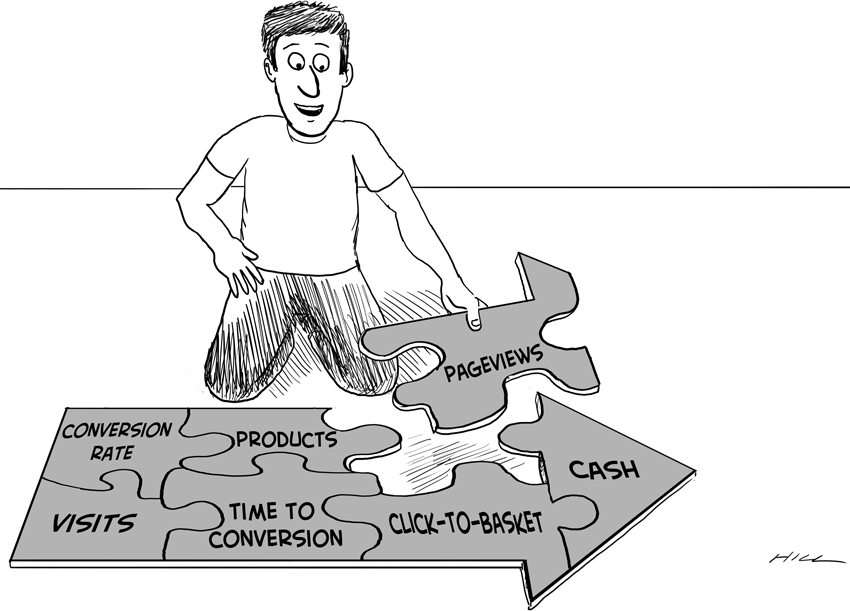 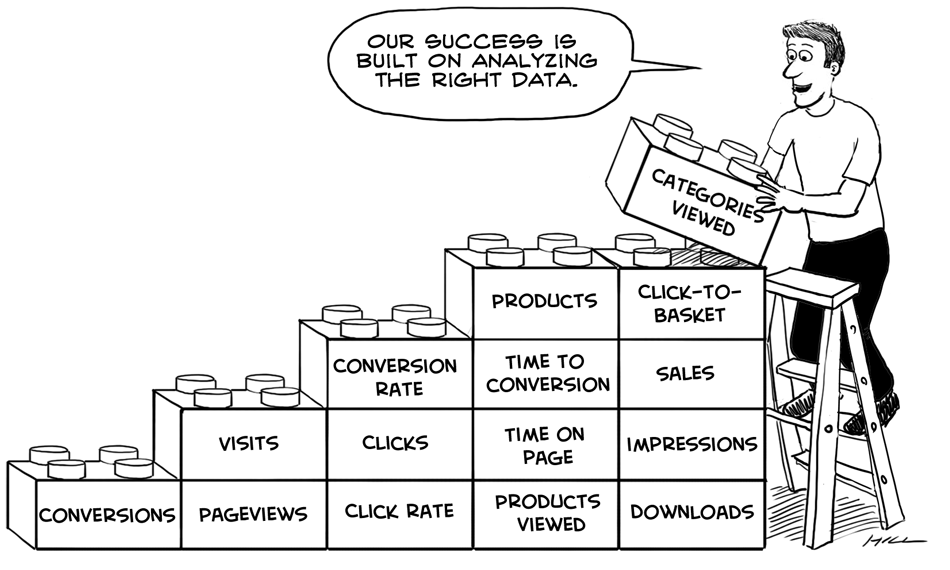 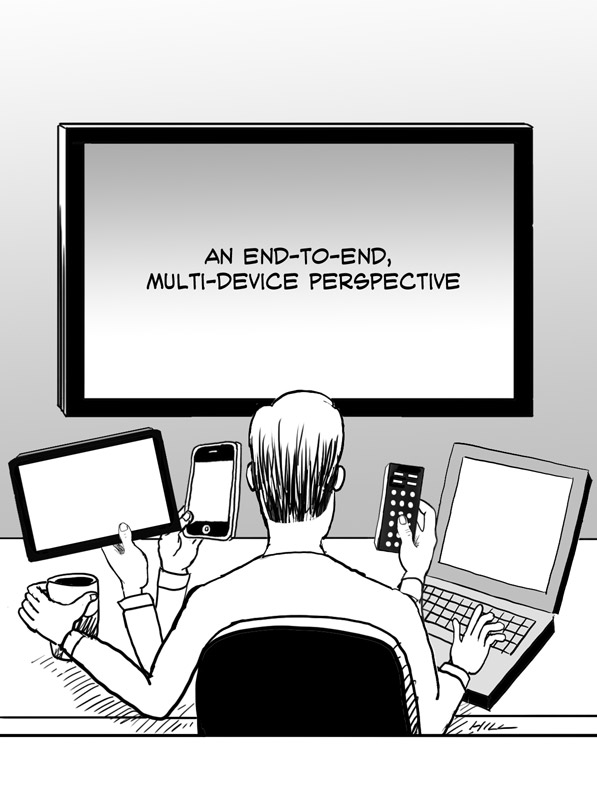 Below is a promotional illustration for an already published teen adventure novel, The Ancients: A Game. The author has been a great deal of fun to work with and has a few other books in the works that will require illustration. 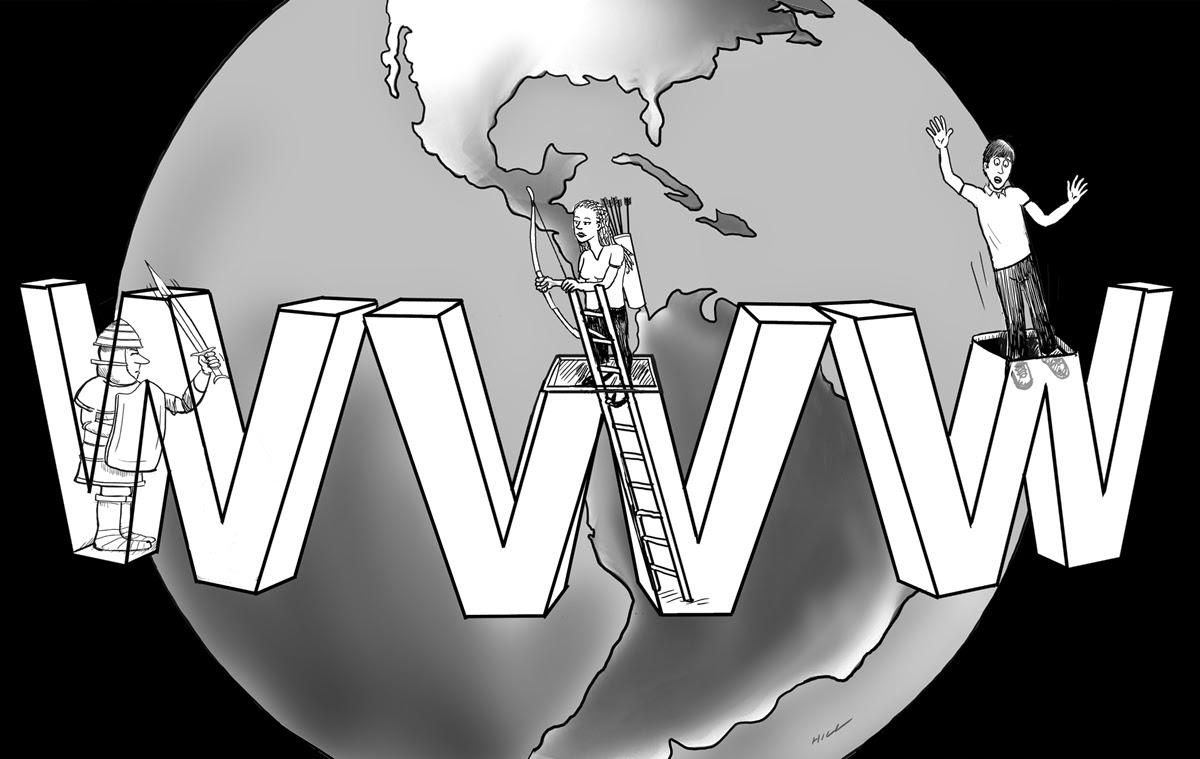 Next is a whimsical piece for a very large company, Roche Pharmaceuticals. (Trust me, that's a unique combination, as most large firms don't think that way.) I was hired to create caricature and cartoon making fun of one of their executives. This scene was paralleling an old Warner Bros. Chuck Jones cartoon, "Duck Amok", involving Daffy Duck being the victim of the animator's tricks. --It was their idea and I was impressed that they knew of it. Completely wacky -- and lots of fun to draw! 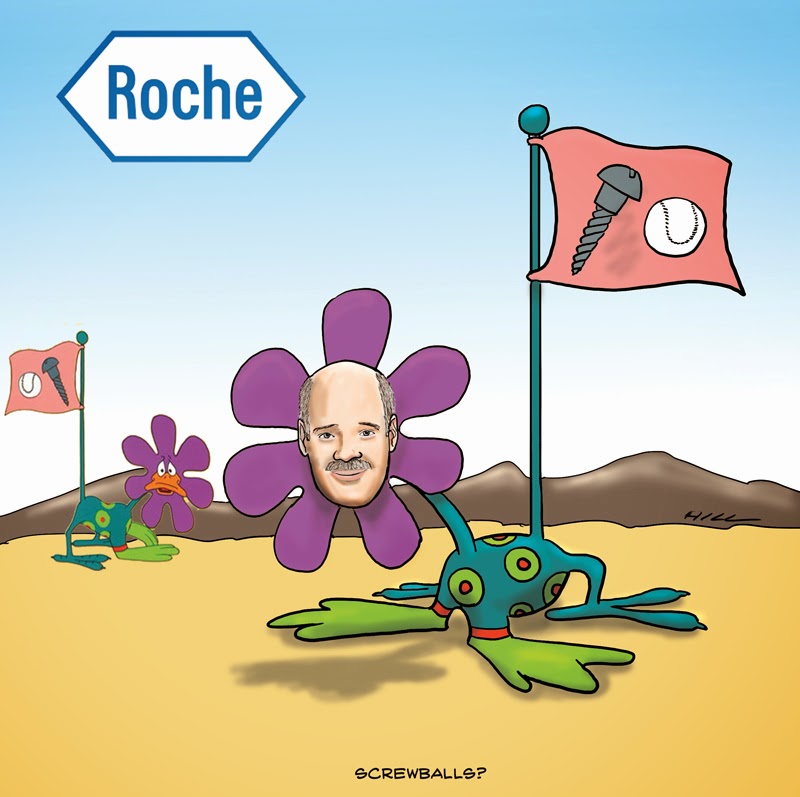 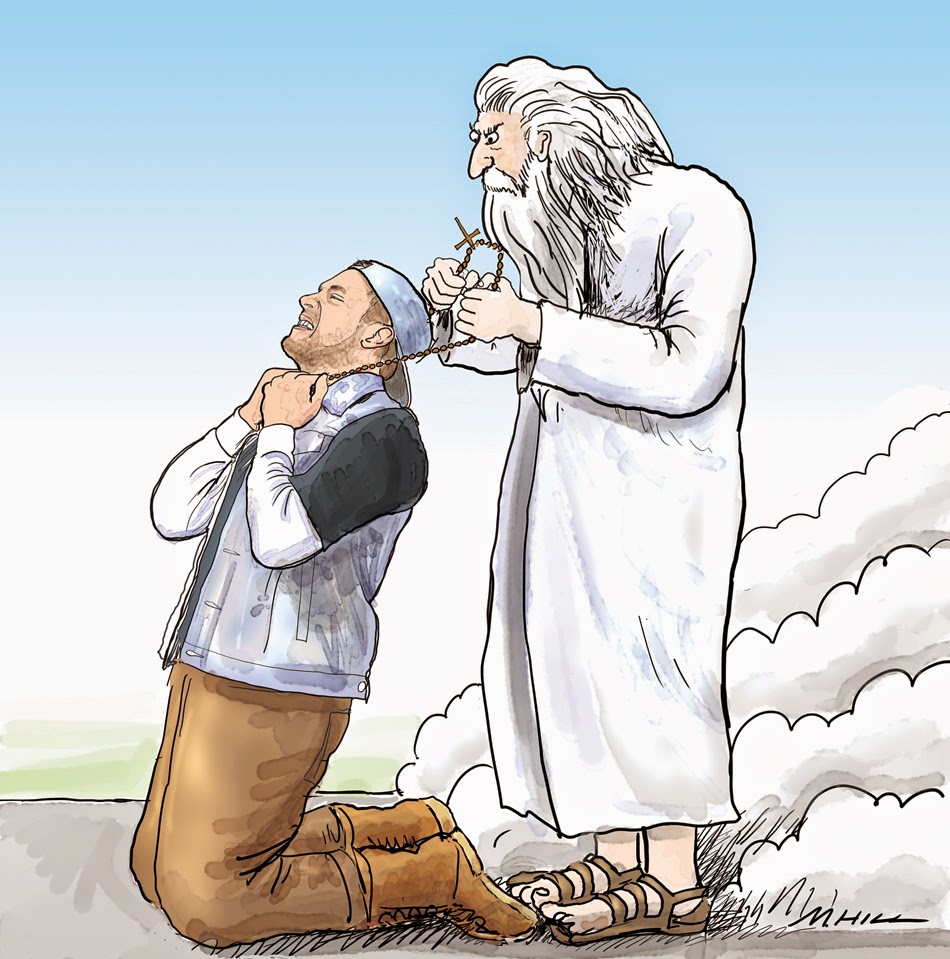 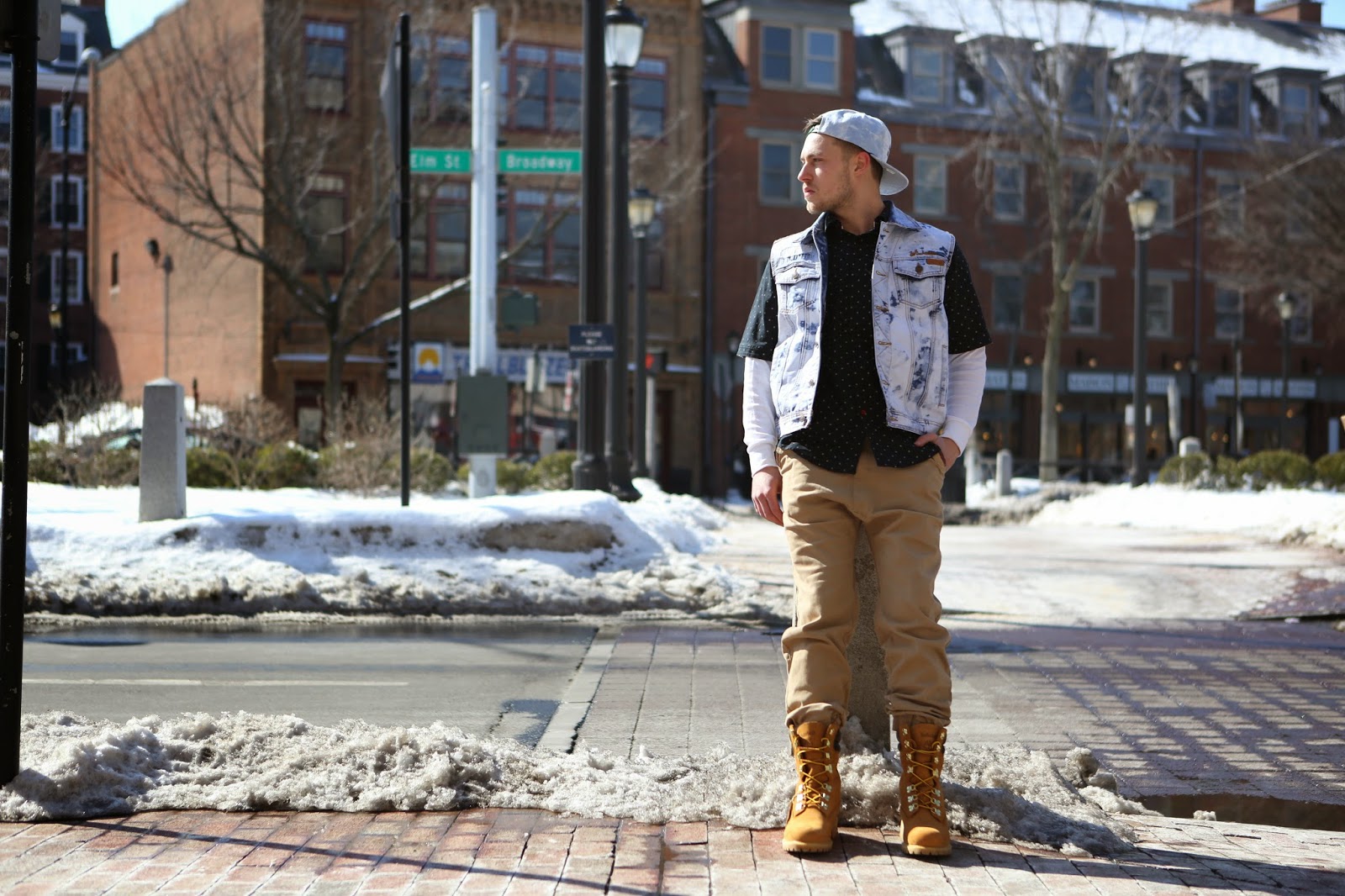 Lastly, I've been working on a series of funny greeting cards for a new card greeting company in Chicago. Here are just a few golf-themed pieces of the stand alone artwork at this point, (the card concepts and humor can only be shared after they go to press and are ready to be marketed.) 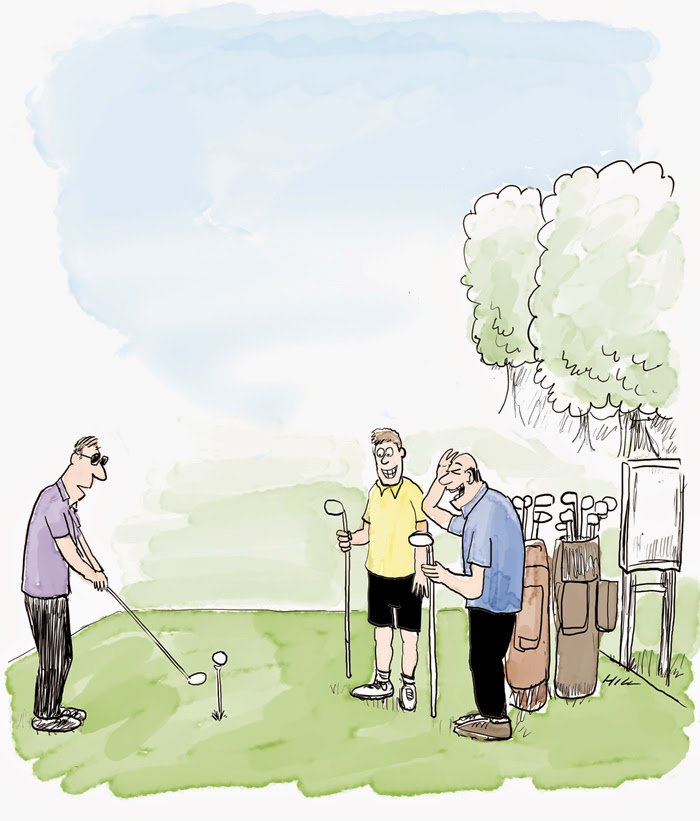 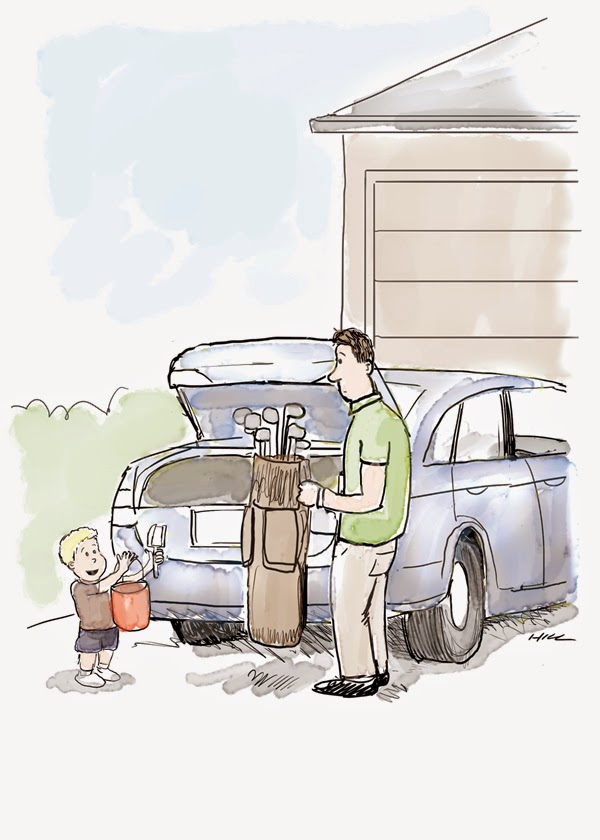 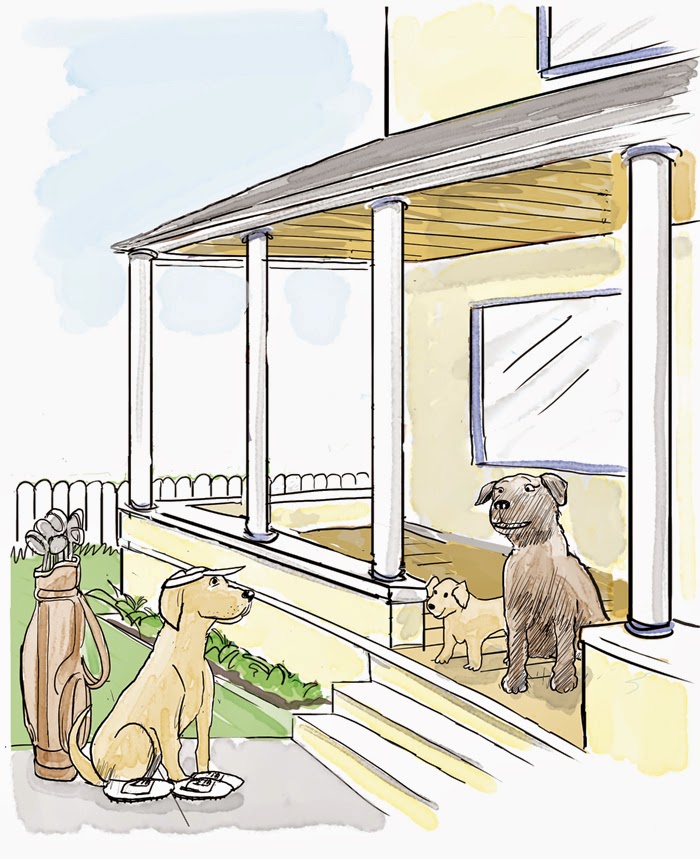 April is shaping up to be quite busy, with several corporate advertising campaigns on the board and a few books to illustrate.

Until the next time...