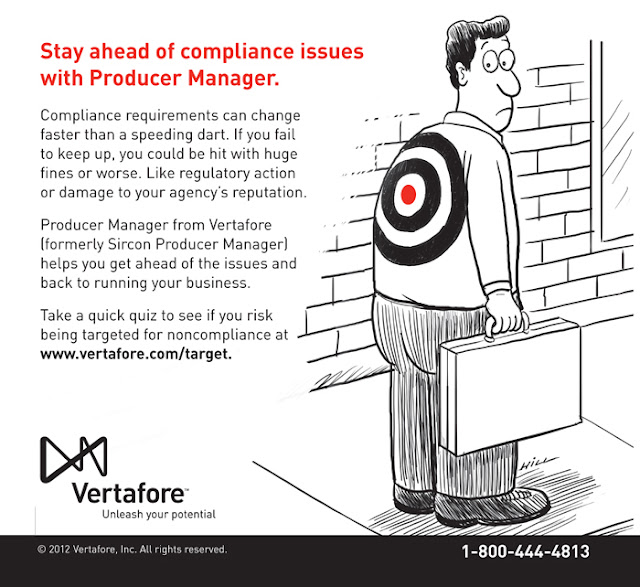 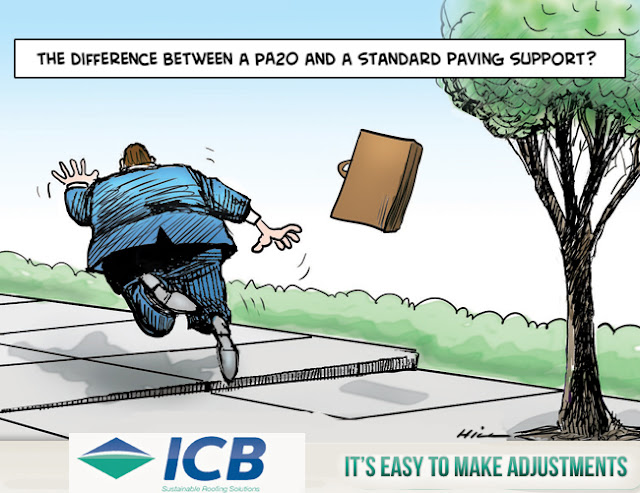 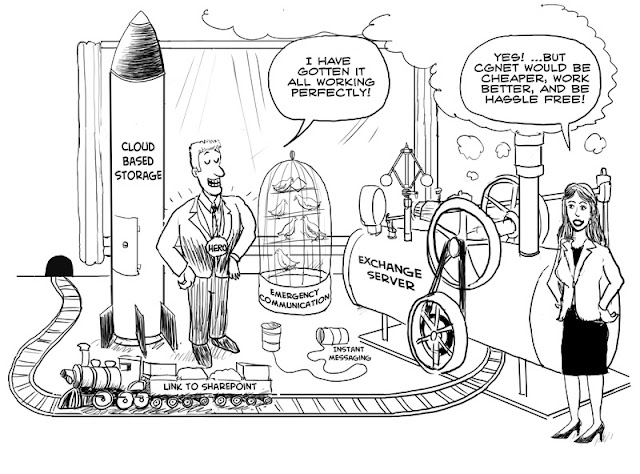 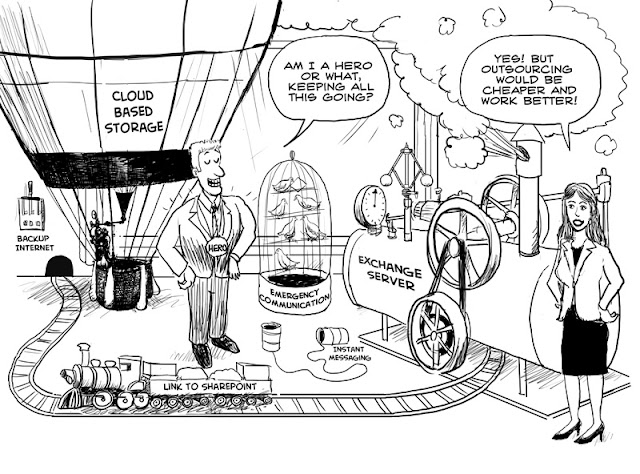 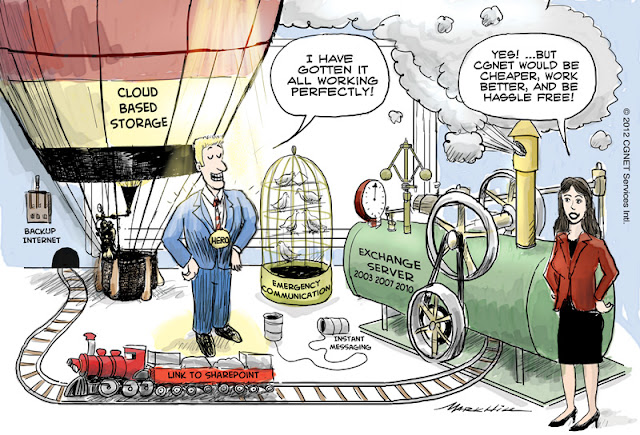 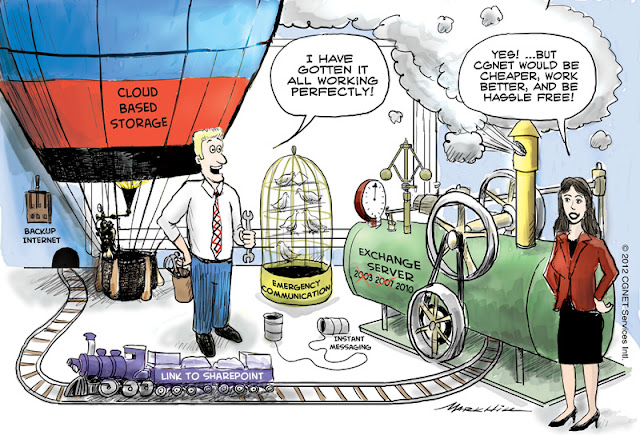 A step-by-step process for a cartoon created for regular client, CGNet, a pioneer in cloud computing.
I worked with the CEO on this, which was his vision; a busy Rube-Goldberg-like cartoon,
showing how  services offered by his firm might otherwise be handled -- in an-old school manner.
1) A first draft with a rocket depicting cloud computing. 2) We decided a hot air balloon better fit the antiquated objects around it, (steam engine, carrier pidgeons, toy train). 3) The character who "built" the set-up was proud of himself and standing in a spotlight...also, the coloring was meant to look old. 4) We removed the spotlight, gave him some tools and then brightened the color scheme. 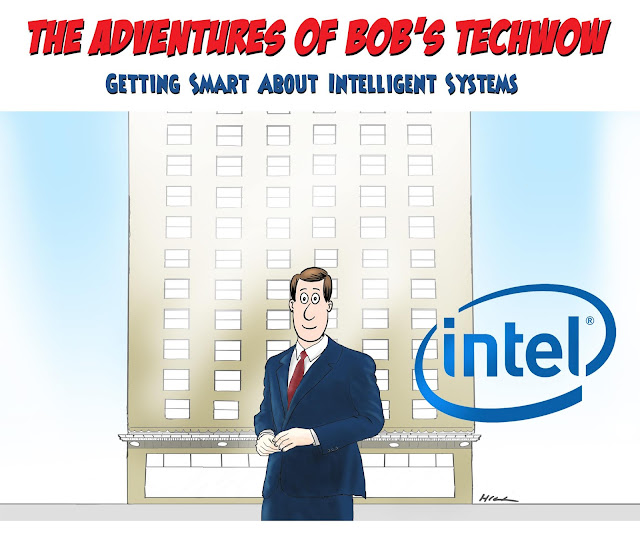 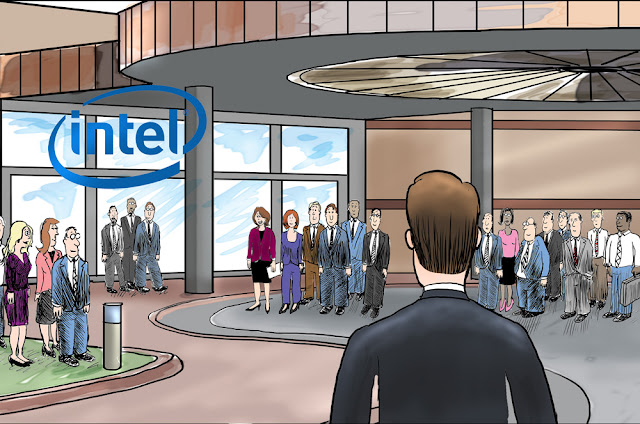 Email ThisBlogThis!Share to TwitterShare to FacebookShare to Pinterest
Labels: Comics, illustration, On the Drawing Board, work