Here's wishing Richard and his family the very best in navigating his illness.
Posted by Mark Hill No comments: 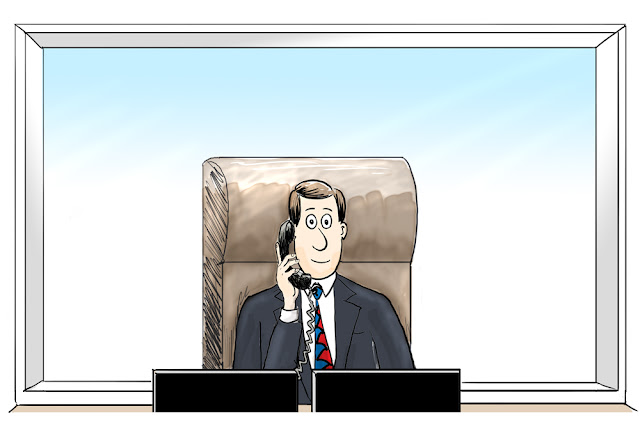 Also on the board: Some corporate advertising work, as well as a couple of fun book illustrations jobs...(can't show anything from those yet, as I signed confidentiality agreements precluding sharing of concepts or images until they are published.)
Posted by Mark Hill No comments:

Summer fun in the mountains

A week away in the mountains certainly clears the dust from one's cerebral cortex. No drawing, no writing...not even cell phones. (Very few opportunities for that these days.)

We recently took a family trip to the Keystone area for a little R&R. It is one of our favorite places to relax because of its beauty, quiet and plethora of fun activities. (I came to Colorado for the skiing, but found that there is much more to do in the mountains during the summer than in the winter.)

We stay in a family-friendly condo complex in  Keystone's "River Run", up against the mountains, allowing us quick access to mountain bike trails and horse back riding, even the Rocky Mountain Chocolate Factory...and lots of swimming in the pool, too, (thanks to my daughter, who could live half her life in the water if she was allowed to do so.) This time around we did not go white river rafting, (not enough time to fit it all in). All of it was tremendously fun. A sampling: 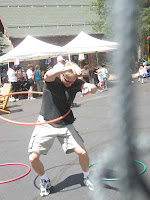 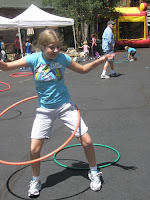 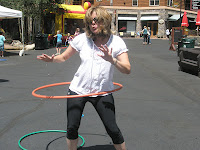 Hula hoop prowess, (or lack thereof, in my case.) 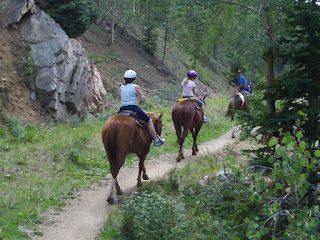 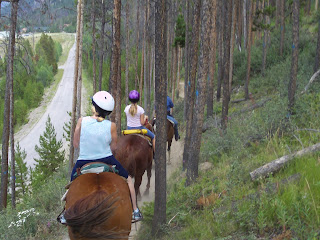 Horseback riding on some mountain trails. (Those horses can climb, and eat saplings along the way.) 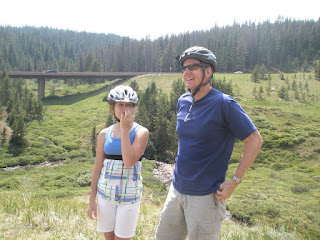 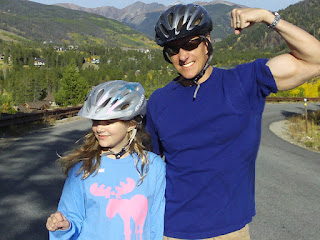 A mountain bike ride on the Vail Pass bike path...leading from Vail to Copper Mountain, then to Frisco and eventually Breckenridge. Absolutely breathtaking mountain ranges and scenery. We've spied eagles, Elk, deer, even the rare bear in the river. - My wife asked Julia and I to 'flex our muscles' after doing a tough vertical climb...Julia (having not seen as many Arnold Schwarzenegger movies as I have) is not  familiar with the mechanics of flexing, but got the hand clench part. 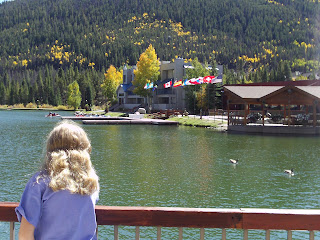 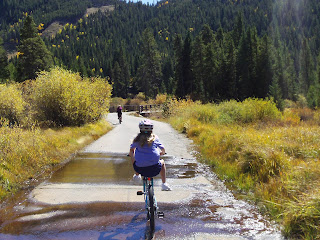