A new book release...and some R&R

Happy MLK day! Are you off or are you working?

I have been away and I'm catching up in the studio, but thought I would pop in to post a couple of things...

First, I wanted to mention a book that I enjoyed working on this past year: Good Habits, Bad Habits - which was recently released. The author, Wendy Wood is Provost Professor of Psychology at The University of Southern California.

From the publisher: "She has written for The Washington Post and the Los Angeles Times, and her work has been featured in The New York Times, the Chicago Tribune, Time magazine, and USA Today, and on NPR." 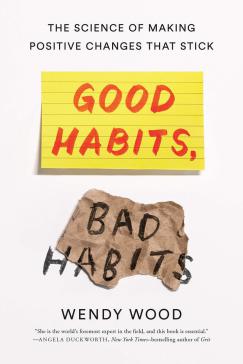 I was contacted, interviewed and hired directly by Wendy prior to the book going to editing stages with the publisher. (MacMillan) This was a little different than straight book illustration, in that each piece needed to have a written element to it: something to communicate the author's point and to make the reader laugh. (Really this is what I do for corporate clients regularly, but not that often in book illustration.)

Wendy initially hired me to create a concept to humorously explain and depict a sample theme. After doing one piece for her and being fortunate enough to make her laugh, I signed a contract to do the rest.

Next I chatted with Wendy over the phone about some of the themes in her book. I wrote some humorous concepts, which were later turned into cartoons and chapter-leading illustrations for the book. An example below... 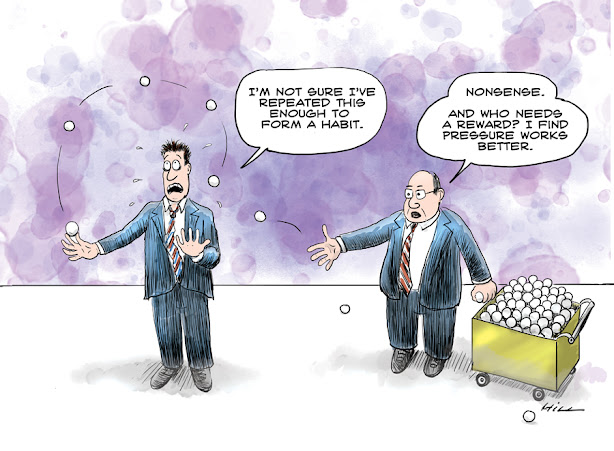 I enjoyed reading the author's manuscript even more than usual, as the subject matter is interesting to me. I am fascinated by the process of establishing habits, and had previously read other books in this genre, (including Charles Duhigg's now classic "The Power of Habit" as well as "Grit" by Angela Duckworth, who wrote the review blurb on this book's front cover).

I was recently notified that Good Habits, Bad Habits is off to a healthy debut with positive reviews and strong sales.

Secondly, as I alluded to above, my family and I were out of town for two weeks, and we're now back home from a 3-generation family jaunt. After a long period of work, it was time to unwind.

We began by skiing a few days around Christmas...lots of early season snow has made the resorts and folks like me in Colorado quite happy.

And then shortly afterward, we embarked into a different climate, on a tremendously enjoyable trip to the Caribbean.

My wife daughter and I joined my brother and his family along with my mother. for a vacation in several island areas. I visited the Virgin Islands with my wife 15 years ago,  and though I appreciate warm climates, that sort of trip is not my first choice. You're more likely to see me skiing, biking, hiking, riding motorcycles, rock climbing or exploring - rather than sitting on a beach. But this trip added a few elements that made it more active.

We started in Barbados where we ended up doing some diving near a shipwreck off the coast of Bridgetown. My daughter Julia was amazed at the clear blue waters, allowing one to see well into the depths. 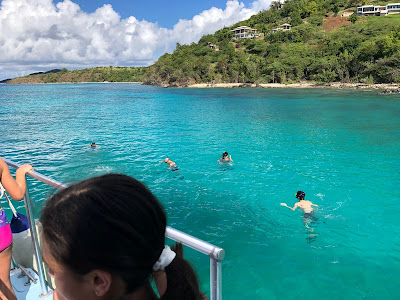 Exploring the reefs in Barbados

Next was Saint Lucia, Saint Kitts and Nevis...This time snorkeling and swimming in shallow waters, with some friendly stingrays and sea turtles. After that, Tortola and Virgin Gorda. Climbing through the stunning "Baths" rock formations was challenging and fun...The formations are closely related to those at Red Rocks amphitheater here in Colorado. It was my second time here, however the first visit allowed much less time for exploring...as it was just a quick boat drop for snorkeling. 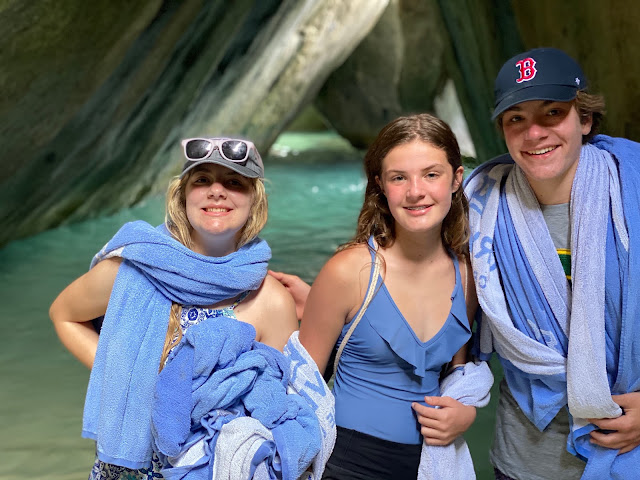 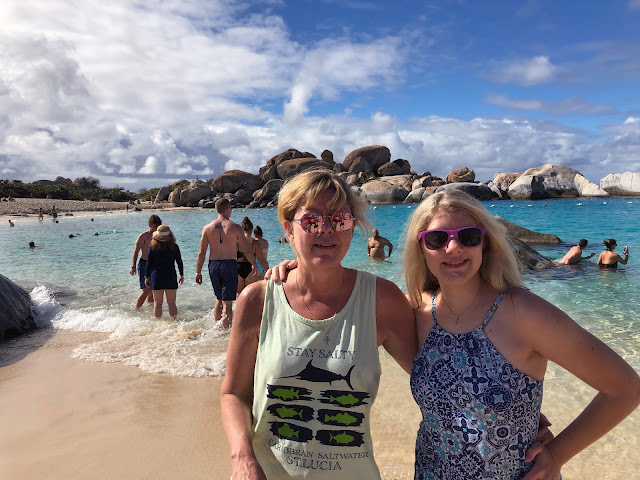 The last stop was St. Thomas and nearby National park known as St. John. (Also our second visit here) We took in breathtaking beaches and snorkeled, swimming with brightly colored fish dancing beneath the waters along the reefs. After 9 days, Beth, Julia and I were browner, a bit blonder, and despite all the activity, I hate to say it, a little less lean...it is hard to avoid when eating out continually. 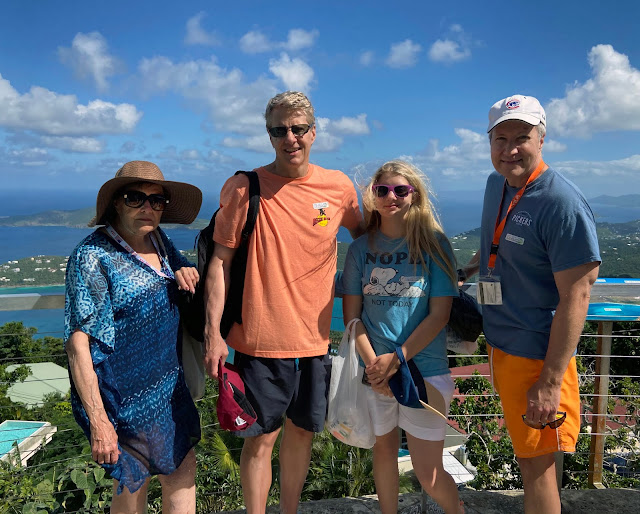 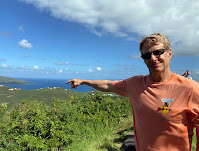 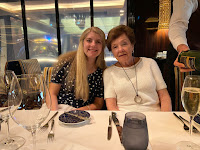 This was a perfect family trip for three generations...lots to see, many beaches, activities for the kids and opportunities to choose among them for my Mom.

I'm happy to be back in the studio, refreshed and ready to go...(but first must empty sand from my shoes.)

I hope your year is off to a fantastic start!