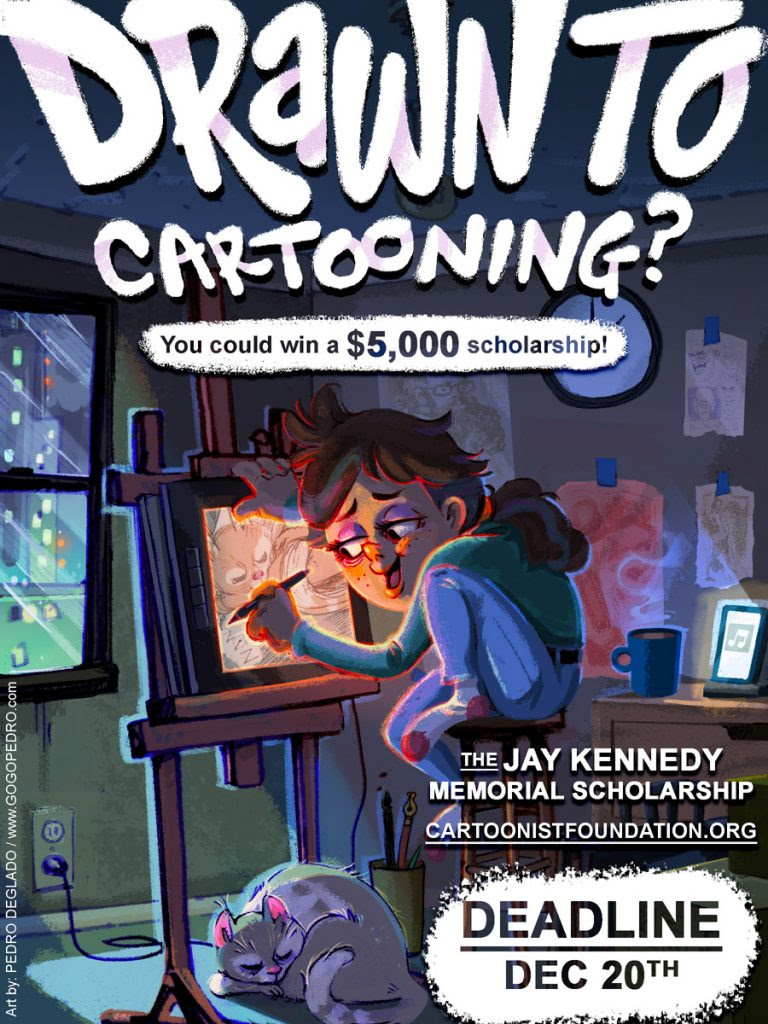 Every year the National Cartoonists Society awards the Jay Kennedy Memorial Scholarship to one talented college student pursuing a career in cartooning.

Jay Kennedy was my editor at King Features in New York for several years. He encouraged me with notes and phone calls when I first began submitting comics for syndication. (King Features received over 6,000 submissions per year and chose just one or two of them. In the face of such daunting odds, encouragement and advice was a big deal, and in short supply.) When Jay later offered me my first comic strip syndication contract, I began working with him daily in editing both my written humor and artwork for King Features.

A few years later l was offered another contract by Tribune Media, and none of it would have been possible without that initial time spent working with Jay. It was essentially hands-on training, particularly in succinct humor writing and editing, something that was unavailable in any college or university. For a cartoonist, or any visual story teller, those skills are as important as drawing ability, (one could argue they are more important, as drawing skill is fairly common.)