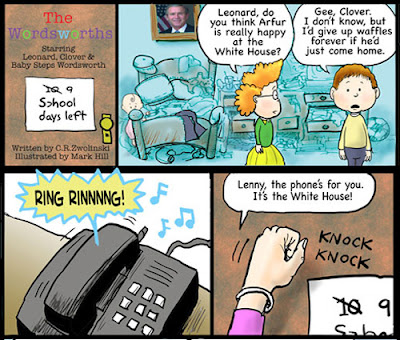 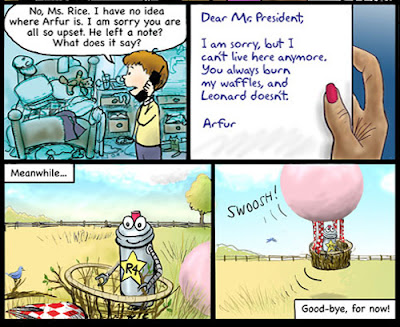 As Alice Cooper crooned, SCHOOL'S OUT!

School is not out everywhere, but it soon will be.
My daughter's last day of school was yesterday and she is both excited and a bit melancholy to be finished with first grade. (My wife and I can relate...as today Julia's bedroom has been transformed into a stuffed animal hospital, with dozens of stuffed animals lined up for "treatment". Band aids, thermometers, and gauze pads are in heavy supply. We hesitate to guess what messy activity will be happening later today.)

During the school year, I illustrate a weekly children's feature for a publication distributed to elementary schools. (The Current Events, New York) It has been a fun diversion and also something that my daughter enjoys reading. (She even helps with occasional logistical decisions about what a kid's room might look like, etc.) The above installment ran in this week's issue...and will be the last for this school year before resuming again in the fall.
Posted by Mark Hill No comments: 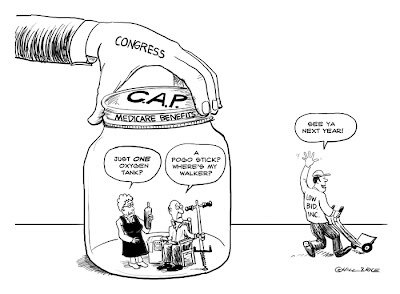 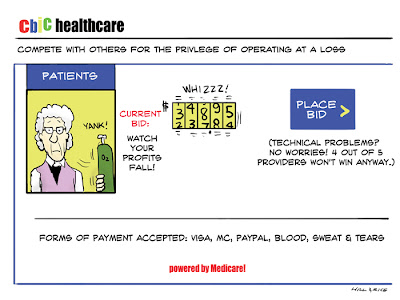 The above cartoons were comissioned by a medical equipment company in California, to fight new legislation proposed for Medicare. The bill would require all medical suppliers to bid on patients, auction-style. The net effect would be a lower prices for patients, (sounds good--at first), but also a limited number of companies can win the bids...so it would also allow those companies to win bids by selling used and possibly substandard equipment.

Lastly, the equipment would no longer be required to be covered by any warranties. So when it breaks, the patients, (mostly elderly) would be stuck trying to find someone repair it. We're talking about oxygen tanks, regulators and wheelchairs...items that can be dangerous if left in a state of disrepair.

The first cartoon has appeared in a few magazines and newspapers, garnering some attention for the issue...the second one (the ebay theme) will run soon.

I have several friends who are editorial cartoonists, (which is my background), and they get to do things like this all the time. I enjoy my work a great deal....but I have days where I feel like I've done nothing worthwhile, so it's extra enjoyable to draw something that may also do some good.
Posted by Mark Hill No comments: 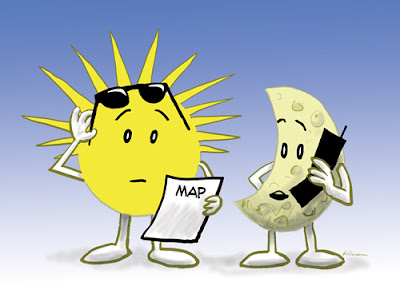 Well, this week has been busy, finding me working night and day. (And that explains the gap in blog posts.)

Speaking of the juxtaposition of day and night, I thought I'd post a bit of artwork I was commissioned to do for a CD, (for a Las Vegas-based band.) This was for their new album called "Between the Sun and the Moon".) On the other side of the CD will be a photo of the band in a convertible that is stopped on the side of the road. The bass player is on the phone trying to call for help on his cell phone...presumably he's talking to the moon.
Posted by Mark Hill No comments: