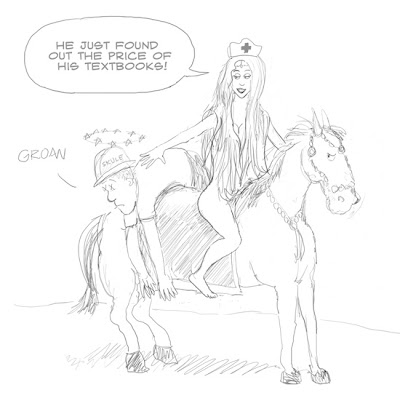 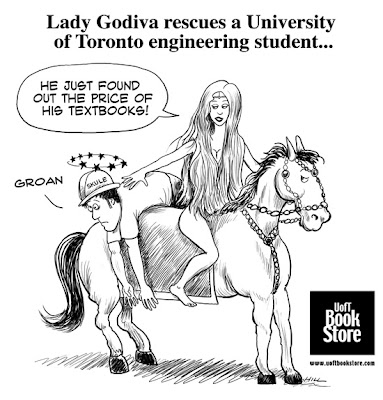 To be honest, I had the most fun sketching her nude form and then strategically drawing her hair so that it covered just enough of her body. ;)
Posted by Mark Hill No comments:

Though I didn't know him, I met him briefly at an AAEC convention a few years ago, and he was very kind to me, (a young, unknown cartoonist.) His work had a unique look to it, with brush strokes you could identify instantly. His writing was top-notch.

He also created a comic strip called "Kudzu" which was syndicated nationally. (I liked it enough as a kid to buy in book collection form.)

A big loss. My thoughts and prayers go out to his family.
Posted by Mark Hill No comments:

Email ThisBlogThis!Share to TwitterShare to FacebookShare to Pinterest
Labels: News

There's been a great deal of work on my drawing board over the past couple weeks...(hence the gap in posts.) ...A cartoon ad campaign for a trade show company in LA, commissions to illustrate two books, some cartoon ad work for the University of Toronto, a corporate mascot for a fun-sounding new company in Virginia, an ad for a long-term client, (software company) and some illustration work for a financial advisor in Tampa. It has been blistering in terms of deadlines, but all of it enjoyable, fun work. (I'll try to post some of it this week.)

Meanwhile, a comment about the recent AAEC convention in Washington DC... After talking with some colleagues, it sounds like those wild-men & women had a terrific time. This year's meeting was also the celebration of the assocation's 50th anniversary. They met at the Mayflower Hotel in downtown Washington and had a number of workshops and speakers. I can't wait to see the annual group cartoon -- typically a large board with many of the members leaving a doodle or cartoon for all to see.

I was a little melancholy about it, having been a member for several years, right after college...but after switching to advertising and corporate work, I let my membership lapse. (I still draw an occasional cartoon for the Denver papers.)

Anyway, the last time they were in DC, I tagged along and it was truly a bash of unforgettable proportions. (It included a lunch in the White House Rose garden, meeting the President, Vice President and several colorful members of the media.) I hear this year's festivities were just as much fun.

I only hope that the country-wide layoff of newspaper staff editorial cartoonists ceases soon. (Dozens of staff cartoonists have lost their jobs in the past few years.) As the newspaper industry languishes, for some reason, it seems that some of the first folks to go are the editorial cartoonists. (Unfortunately, I think publishers have a long memory of cartoons that take a stance against their views.) I have a great respect for all who call that their vocation.
Posted by Mark Hill 2 comments: