On the Digital Drawing board

It has a been an eventful Autumn...not all of it good.

Sadly, my father-in-law passed away in late September. He was an architect, a gentleman and an exceedingly nice guy. He had a terrific sense of humor and he was a good friend. (Not something I fully expected in a father-in-law.) He will be missed by yours truly and all who knew him.

Naturally, work did not stop, though I tried to reduce my schedule to allow for being out of town for an extended trip East. We paid our respects and spent time with extended family...which all helps to process these things, but of course, not enough. I don't know how to make a seamless segue from somber subject matter to cartoons and humor...so I won't try.

With that said, here are a few of the more interesting things that graced my drawing board recently:

One of several cartoons created for an East coast Financial Advisor, for use in his column. This one, (for those who don't watch CNBC, skewers MAD MONEY show host, Jim Cramer. I'm thinking I didn't make his eyes crazy-looking enough.) 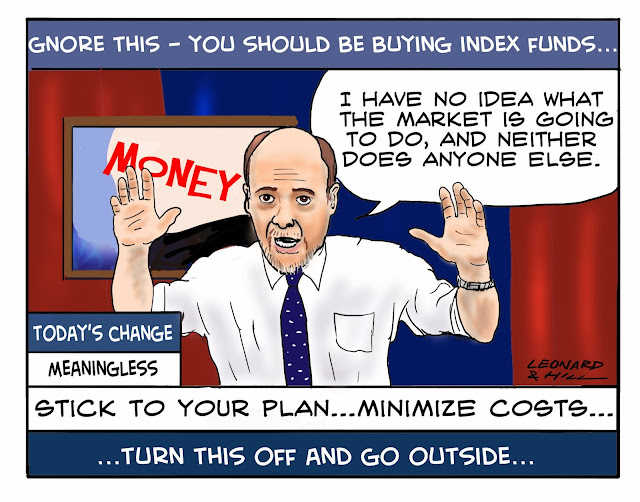 The monthly cartoon for Akamai Technologies, Inc. in Cambridge, MA, (a company you have probably never heard of but you have seen their work...they are responsible for serving 20 percent of all web traffic, powering sites like Apple ITunes, Amazon and Zappos.com.) 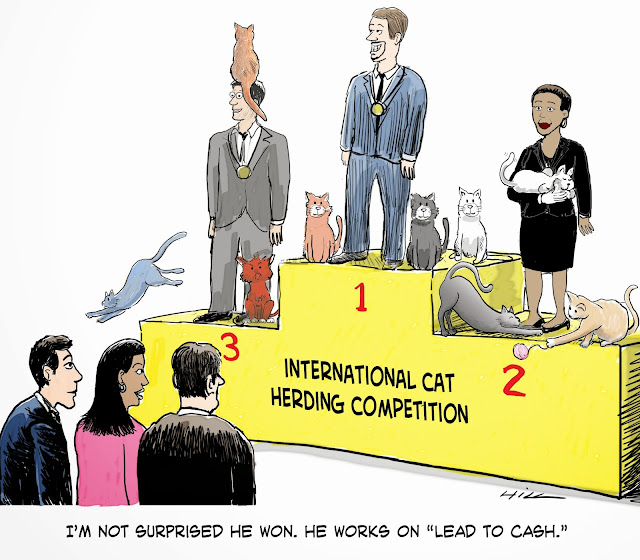 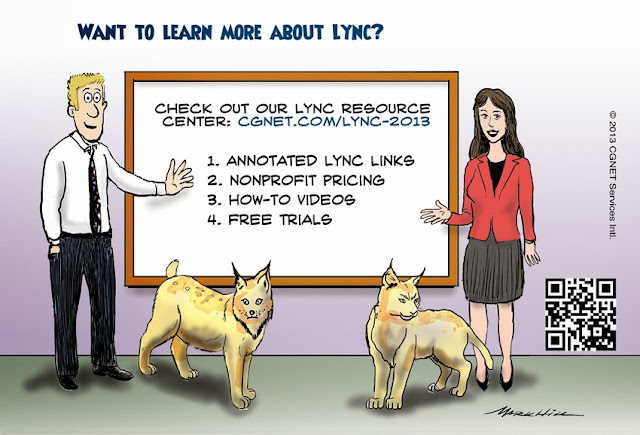 A marketing cartoon for longtime client Encore Media, in Los Angeles... The scene was an idea from the company CEO, wanting to do a cartoon about retargeting. (The method of placing cookies on any visitor to a retail website...allowing them to later see ads for the item they viewed -- on other websites.) This was a large illustration -- (click to enlarge) 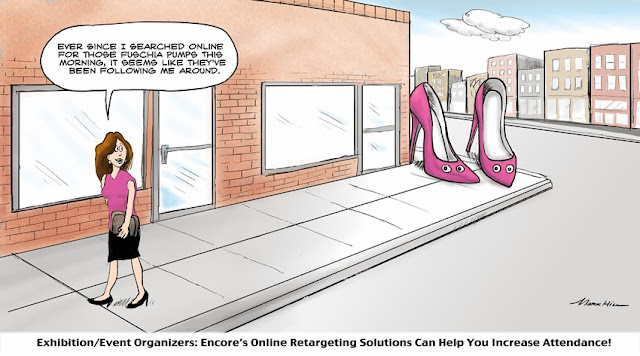 This cartoon was a personal commission for a woman in London who wanted to create a New Yorker-style cartoon for a coworker. She provided me with photos for creating his likeness...the first was so close-up that I felt it distorted his head, so I asked for and received a second. Seems like a nice guy...certainly dresses nicely. (Don't ask me about the caption or the meaning of the scene. A falcon drinking coffee with me in the morning would scare me enough to not need coffee.) 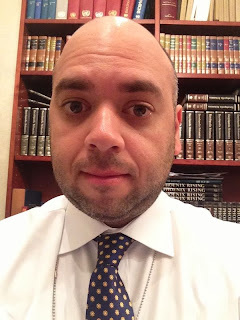 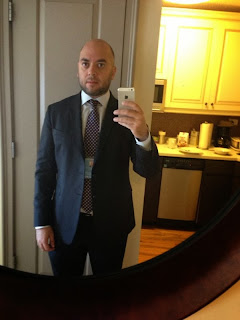 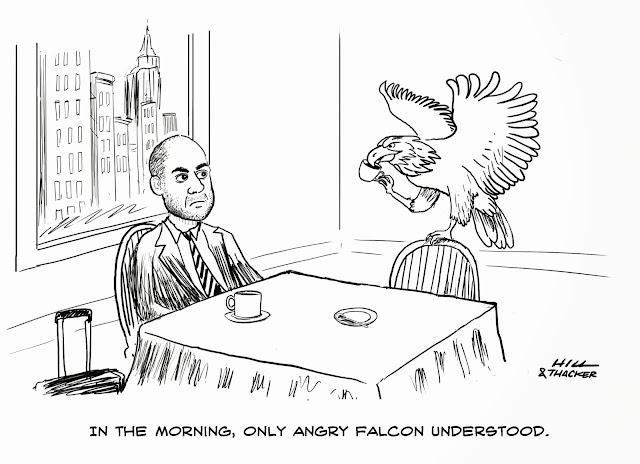 The last cartoons about outgoing Fed Chairman Ben Bernanke. (I'm getting all misty-eyed.) This one showing him giving instructions on inflating the money supply. 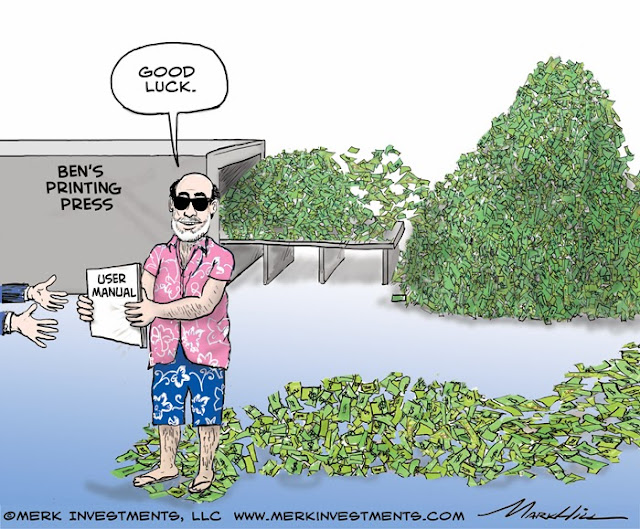 A Halloween and Harry Potter-themed cartoon for Merk Investments, detailing the changing of the guard at the Federal Reserve, with Yellen replacing Bernanke. (Link to published cartoon) 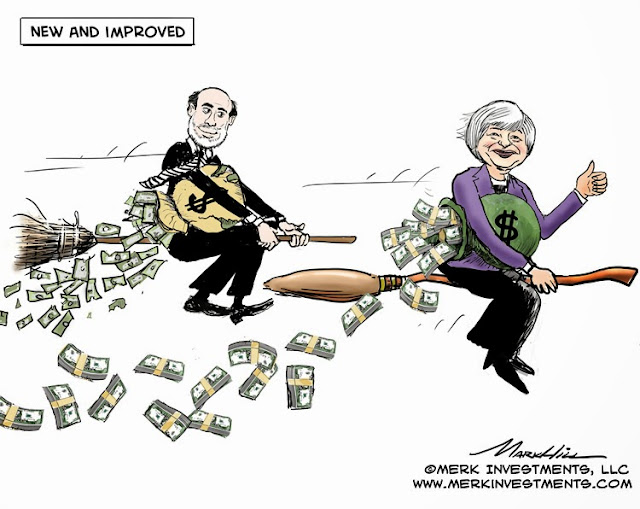 A cartoon for a new client, Connect360, in New York, NY. This one involved writing and art...and ended up being a lot of fun. (Just wrapping this up and communicating with their printer for some greeting cards which will be sent to clients.) 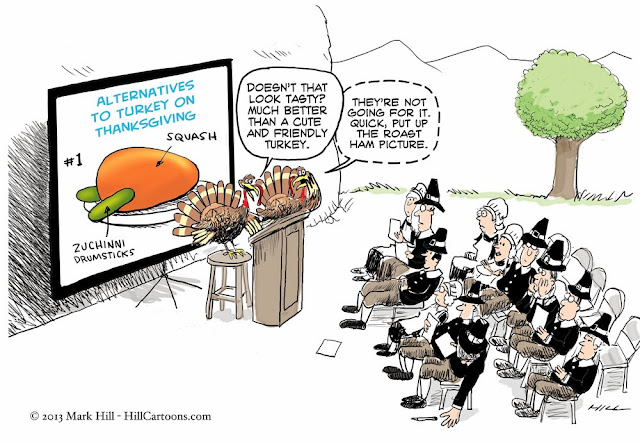 Lastly, a character design project and illustration for longtime client, Klee Associates, publishers of JDEtips, (training for JD Edwards users.) The monster character will be used in advertising and marketing...while the printing press illustration is intended for a contest for readers, (offering payment for content story ideas.) Link to their contest...