The past few months have been a divergent path from what anyone had imagined for their Spring and Summer of 2020.
Regardless of one's habits, things changed, some major, some minor. (As for the latter, I'm very good at inadvertently making my Covid mask bands pull my ears forward so that I look like Jim Carrey in "Dumb & Dumber"). With regard to seeing friends, out of state family members, and continuing work or school, things have not been as much fun for most people.

Despite all of that, my daughter is physically and geographically back at college, in an illustration and animation program run by a group of former Disney and Warner Bros. artists. She loves it there and is very fortunate, (in my view) to be enrolled at a university with in-class instruction going on now. For the sort of thing she's learning - character design, life drawing, illustration and animation techniques - in-person instruction is crucial. After three weeks of classes, her university's Covid cases are extremely low and it seems to be working well. Fingers crossed that it continues. 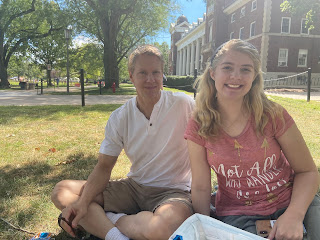 While taking our daughter back to college, we made a visit
to my alma mater, the University of Illinois in Champaign,

Prior to that, we carefully planned and celebrated a birthday for my Mom, including my brother and his family. My Mom had not seen anyone in months, except for a few delivery people and neighbors. Certainly there was some risk involved but we did our to best mitigate that and as my Mother said, nearly complete isolation is close to miserable.

What matters most in life? We spent several magnificent days enjoying just that, and we all agreed that it was much needed for all of us. Several weeks later, we can safely say we pulled it off...safely. 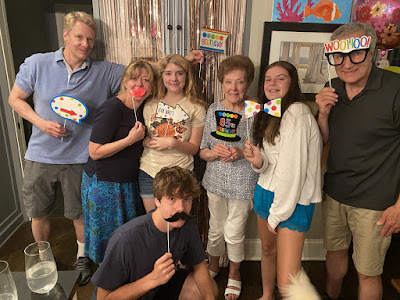 With the important stuff covered, I thought I'd share a few of the things from the studio:

I had a great deal of fun illustrating and writing humor for the new book Humanocracy, and blogged about it a few months back. It was just published and  released by Harvard Business Review Press.
It is currently a Wall Street Journal and Amazon Business bestseller, and I know that
the two authors are excited to see how it resonates with readers. 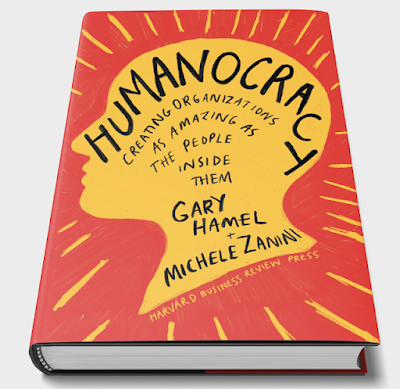 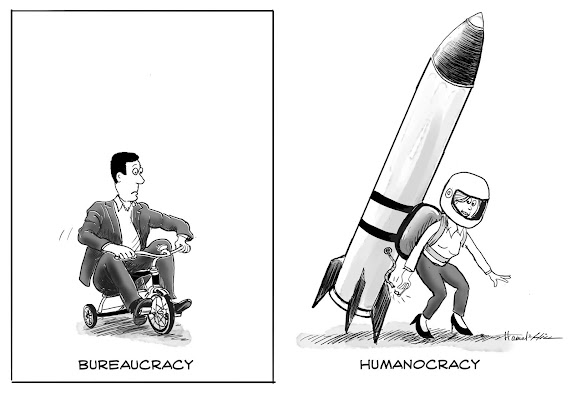 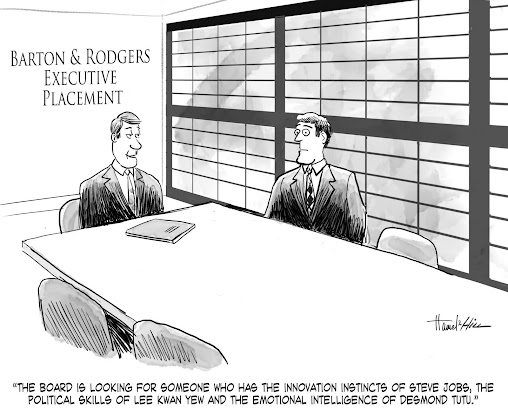 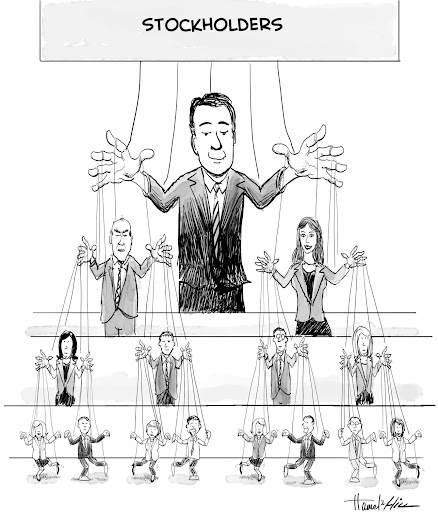 A highlight of this past summer was that Julia was able to do an internship with me. We had discussed it loosely this past year,  given her desire to pursue a career as an illustrator and animator. It made additional sense this year with Covid, rather than having her work at an unrelated outside summer job, (last year she was at an ice cream shop) I periodically get busy to the require the help of an assistant, so when that happened in June and July, I hired Julia to help me. She did background sketches for a large book illustration project - and she did quite well! We did not have to travel far for our creative meetings.

One of over a dozen illustrations for a book written by a Xerox Corp. executive.
...illustrating something that has been slowly returning to offices, after being notably missing
over the past few months of Covid-19: The rush for the door at 5:00. 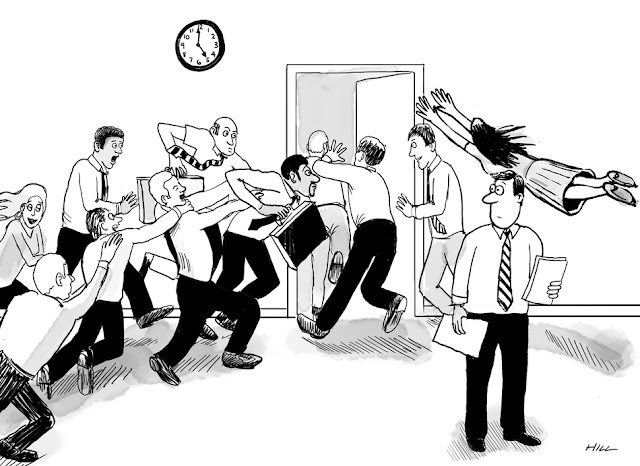 A cartoon for a newspaper in Encinitas California. I've always wanted to draw Nancy Pelosi as a
parrot. (I wonder if she's telling Gavin Newsome about a special salon where he can get his big hair shampooed, cut and blown out - despite all California hair salons being closed.) 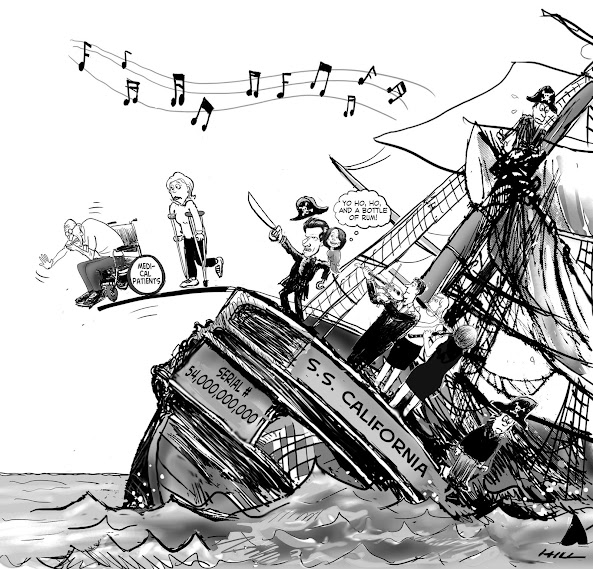 -----------
Another political cartoon, covering the Uber/Lyft legislation in California, effectively making all drivers employees rather than contractors, (which recently became a national news story). This as commissioned by a group of doctors whose patients are being affected by the move. 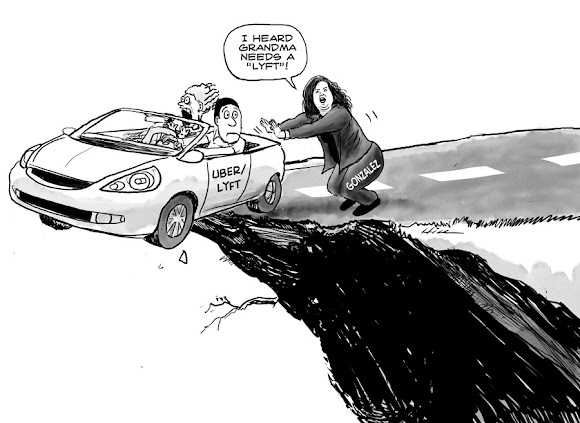 ---------
One of several cartoons created for a magazine that covers the Boston police department. This has been a monthly gig for nearly 10 years, and I get a chance to read the articles before illustrating them....it always has fascinating and borderline unbelievable stories about criminal activities...(on the part of those arrested and by some of the police.) 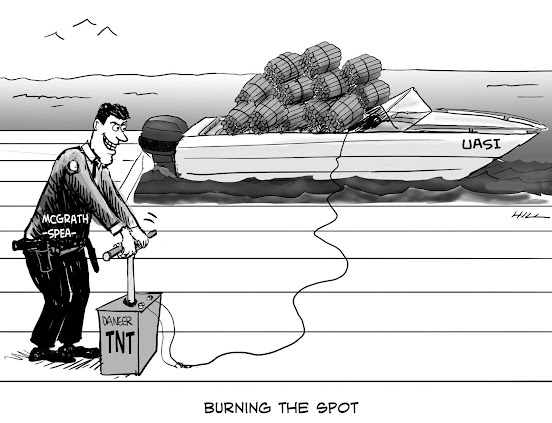 I had a chance to work with one of my favorite authors again in August. This was a second book project for a prominent guitarist and guitar instructor, this time encompassing 20 book illustrations. The manuscript is very creative, with several methods for overcoming creative obstacles that I feel apply to many artistic endeavors. The author is a pleasure to work with and when it is published I'll share a link here. 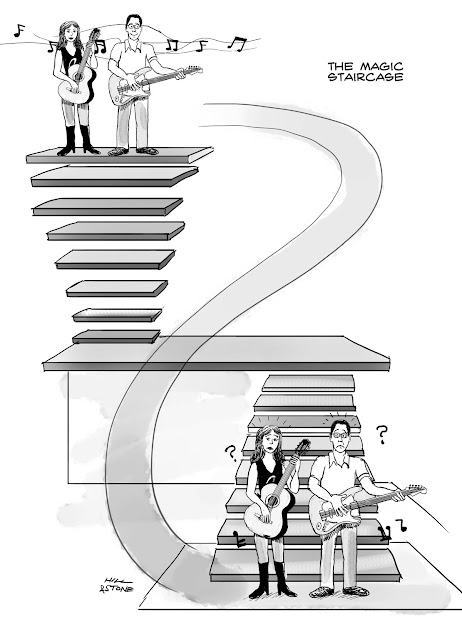 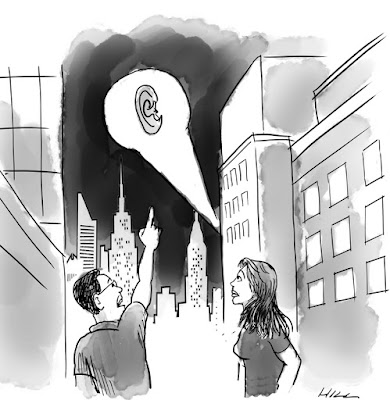 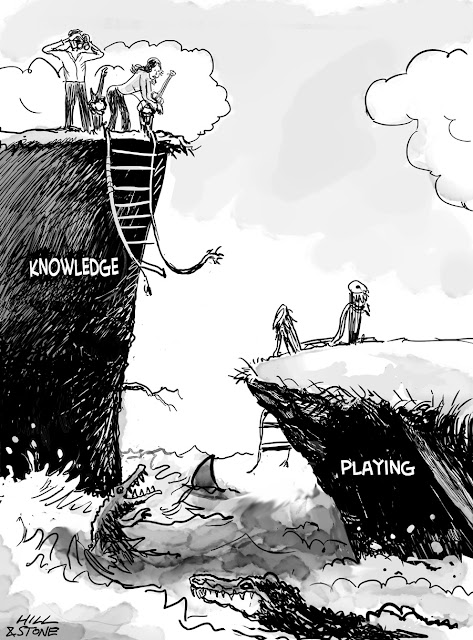 Several more projects danced through here past month, but I don't want to bore anyone. So, b-deep, b-deep, that's all, folks.

There are some exciting projects residing in the studio right now...one involves humorous illustrating for book by a business and personal development author in Massachusetts. He has had several books published, but this will be my first time working with him. There are a few corporate and advertising illustration jobs on the board, including a fun illustration for Ball Horticultural.

I just went outside a few moments ago and breathed deeply as snowflakes were coming down. It was 94 degrees here yesterday (Labor Day)...and now it's 34 degrees. There's nothing like Colorado.
Posted by Mark Hill