A Flight of Reference

Note: This flight - and the included photos - were taken in October. I've been saving them, as I did not have time to post it until now.

When most cartoonists draw cartoons, they draw images from their imaginations, often without much regard for realism. You never know what it might look like, or how distorted it might be. That's usually the best path to humor.

I also illustrate books, so some of that work leans toward realism, and like most book illustrators, I sometimes use photos as references.

Over the next month I'll be illustrating a children's book that features aerial views of mountains and ranges like those found here in Colorado. So, I decided to charter a tour flight to get some actual glimpses of exactly what I need.

I was able to find a flight that took a path over Rocky Mountain National Park, south to Red Rocks, and then further west over the Continental Divide. We had several days with 70 degree temperatures late this Fall, along with clear skies, so it was a perfect time to do it.

My wife does not like to fly in small planes any more than necessary. So, my daughter Julia came along with me, and we had a great afternoon of fun. Even though this was a Cessna and not a speedy jet, we both found it truly amazing as to how much ground you can cover "as the crow flies", rather than sticking to roads...especially ground that varies greatly in height and topographical detail. It would have taken two days to drive a car along this flight path that took less than two hours.

We had music going in the plane, which was perfect until some lowlight efforts of Bob Dylan came on moments before the only part of the flight that wasn't fun...autumn turbulence. We momentarily had wide eyes and bubbly stomachs after we hit some cold air and pressure near the Divide. Our pilot said that it's common to have big changes in air temperature and pressure there this time of the year. Indeed. It's a good thing we were well between lunch and dinner (and sans stomach-churning crooning.)

Combining what I have in my mind's eye, several sketches, and the photos Julia and I took, I was able to get some terrific views. I'm hoping to have plenty for some interesting things to wander out on the page and drawing board.

A special thank you to Ben and Cam at Bluebird Aviation, for making it an incredibly enjoyable and successful day! 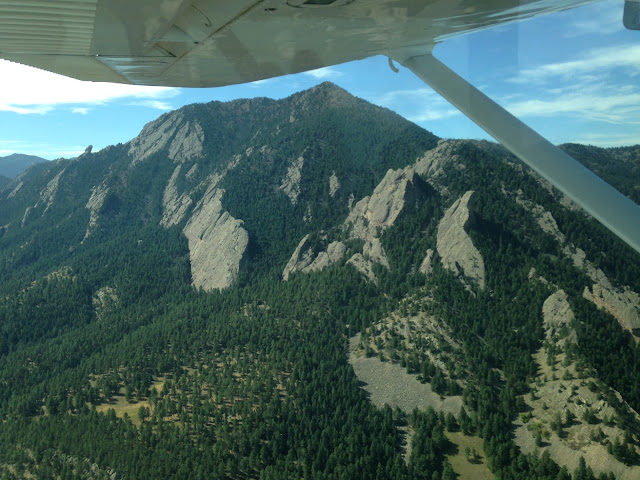 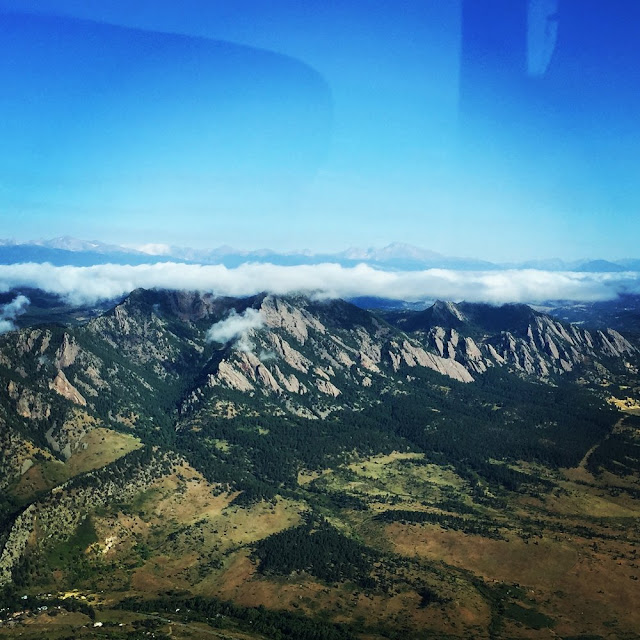 The Continental Divide viewed from the Front Range side 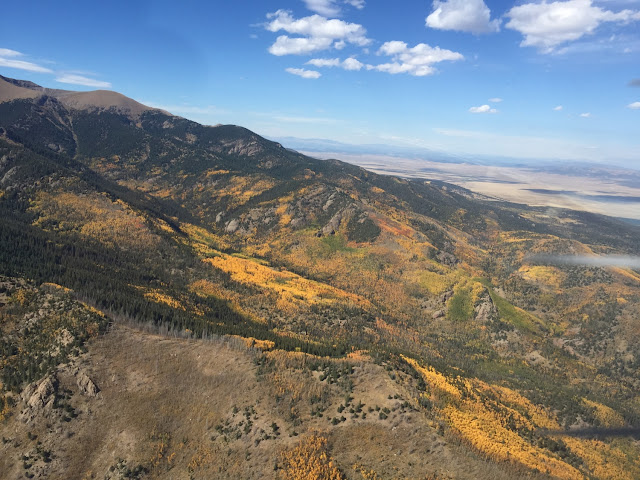 A note about growth: When I moved here over 30 years ago, the population of the Front Range of Colorado was roughly half of what it is now. A stunning sign of that increase was visible from altitude in the sleepy mountain town of Nederland, (a half hour up the canyon from Boulder, and the inspiration for Dan Fogelberg's "Netherlands" album).


After 30 years of staying nearly the same size, the past two years have have had buildings popping up like prairie dogs on a warm day, stretching into the forests in every direction. As Thomas Wolfe said, "you can't go home again"...nor can you see previously small mountain towns like Nederland from 5,000 ft. 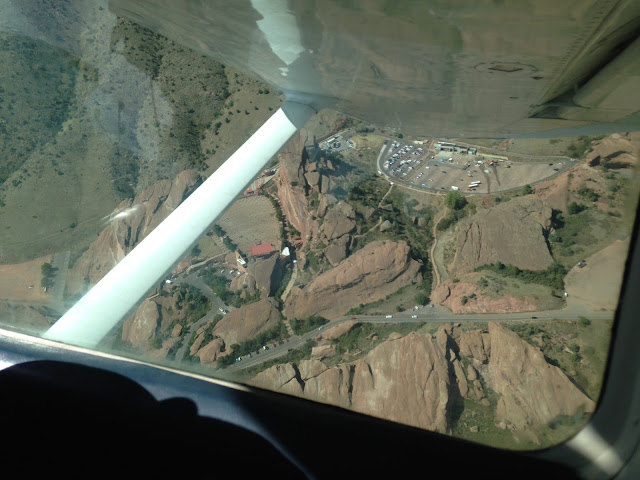 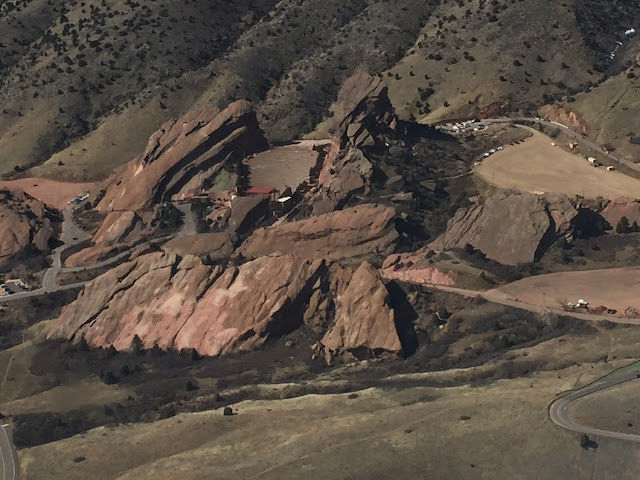 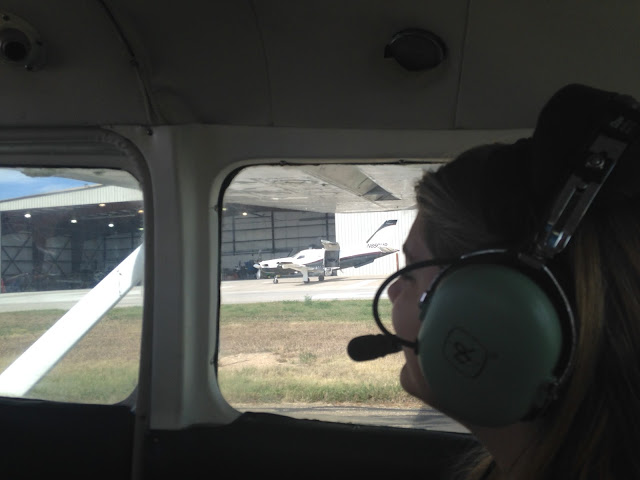 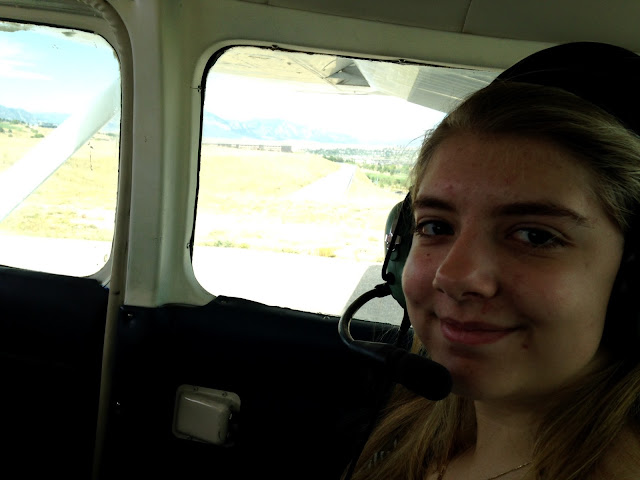 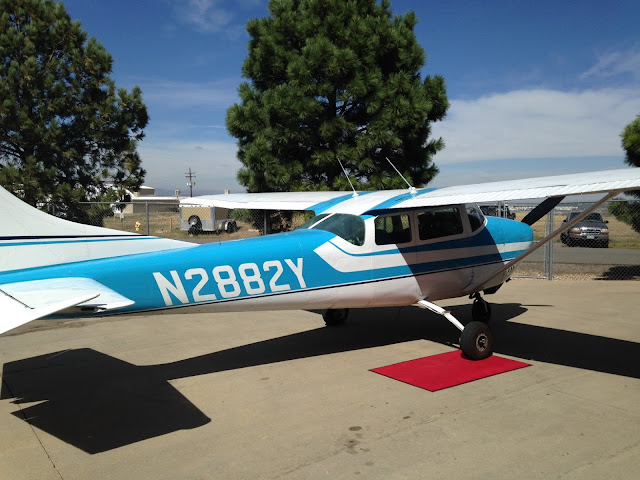 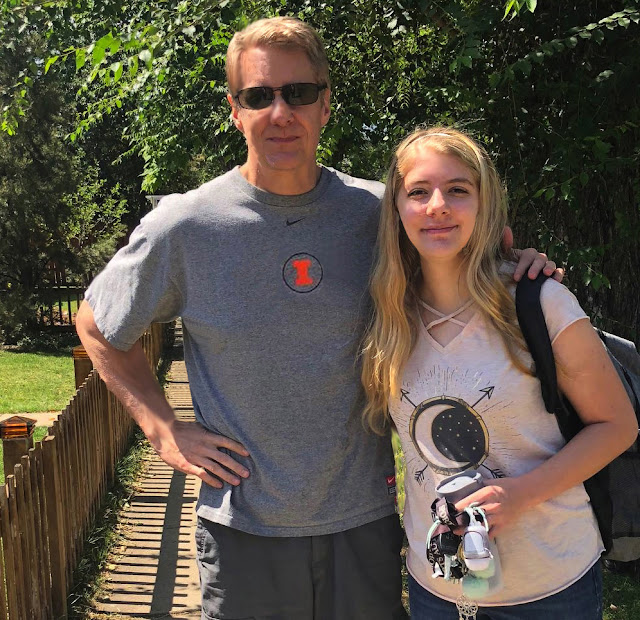