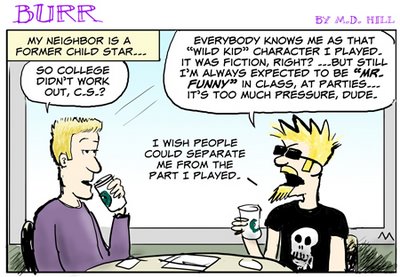 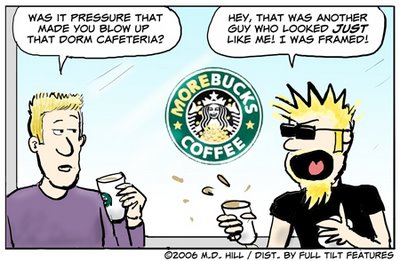 One of my favorite comic strips lasted for only ten years, (1985-1995), and has only been seen in best-selling book collections since. I'm taking about "Calvin & Hobbes", a comic about a boisterous, imaginative eight year-old boy named Calvin and his stuffed companion, Hobbes. Its creator, Bill Watterson decided to retire (as a multi-millionaire), and his decision is our loss.

I got to wondering what Calvin would be up to today...especially if he were to age, as do the characters in strips like "For Better or for Worse" and "Gasoline Alley". I'm sure it wouldn't be pretty but it might well be interesting to watch...
Posted by Mark Hill